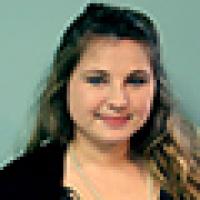 It can be a jaw-dropping sight when the stormy Florida sky is filled with zig-zagging bolts of electricity. This view takes the night by force more often than not during the state’s storm-prone months of May through October. It is, all at once, beautiful, amazing, and terrifying. Mother Nature’s high voltage light show can cause serious injuries – lightning, in fact, is the No. 1 cause of weather-related deaths in Florida – so it’s important to take precautions and know what to do when lightning strikes.

Thanks to our tropical climate and topography, Florida has earned the dubious distinction of being the lightning capital of the United States, and Central Florida is known as “Lightning Alley.” Florida’s east coast experiences approximately 70-80 thunderstorm days a year, inland Florida averages 80-90 thunderstorm days, while the west coast of the state tops them all with about 90-100 thunderstorm days a year. In Florida, there have been 1,788 people injured and 449 deaths as a result of lightning between 1959 – 2007. (Tweet This) The best way to protect yourself and family is to stay indoors during a storm.

Did you know? Your chance of being struck by lightning in your lifetime is 1 in 12,000 according to the National Oceanic and Atmospheric Administration. Compare that with your odds for winning the Florida lottery – 1 in 22,957,480.  (Tweet This)

Lightning travels from the sky to the ground and back up again. It can strike any object in the process of trying to reach the ground. Lightning is estimated to be heated to 54,000°F, which is about six times hotter than the sun, and has an average of 30,000 amps (amps measure the strength of an electric current). It’s no wonder that anything lightning touches runs the risk of catching on fire. That includes your home. In fact, Florida home insurance company Security First Insurance listed lightning as its second highest claim loss type for the month of June 2014. The chart below shows the company’s lightning claim experience over the past seven years:

If you think lightning has struck your home, follow these safety tips:

Make sure to call 911 / the fire department if you notice any of the indicators listed above or believe the wiring of your home has been impacted by a storm.

If your home has been damaged, report the loss to your home insurance carrier as quickly as possible. One way to prepare for the unexpected now is to create a portable inventory list of your home’s contents. Having a prepared list helps expedite the recovery process. It’s also a good idea to review your homeowner’s policy and discuss any questions you may have with your agent. Take steps in advance to make sure you have the coverage you need so that you don’t strike out after a lightning storm.