Florida homeowners insurance company co-developed a new platform to better assist policyholders after a disaster or in times of high volume claims activity. 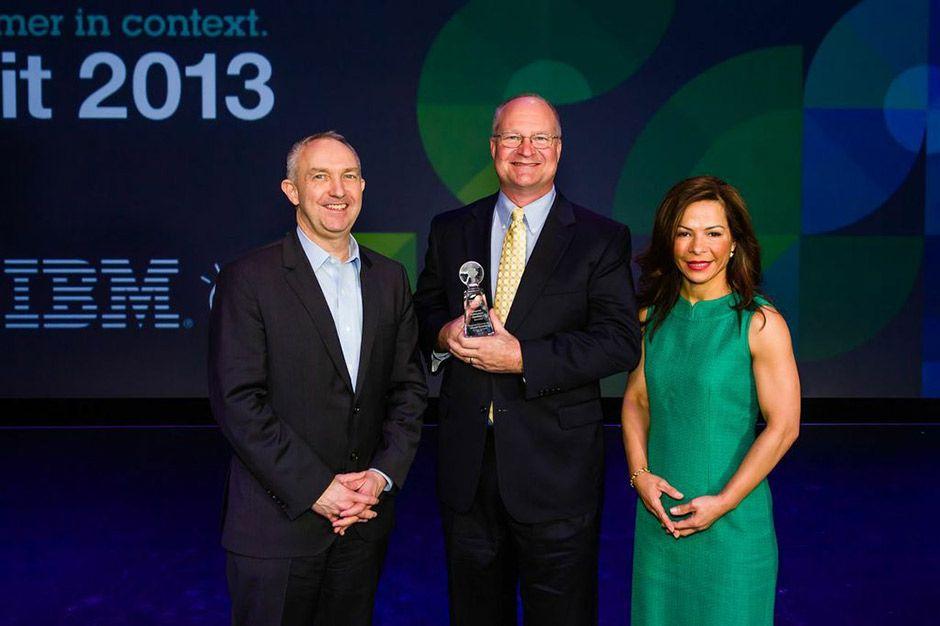 “We are honored to receive this year’s IBM Smarter Commerce - Service Award,” stated Locke Burt, chairman and president of Security First Insurance Company.  “Security First Insurance is based in Florida and we understand the importance of adapting to the widespread use of social media and leveraging technology to improve the disaster recovery process for our nearly 180,000 customers.”

More than 3,000 technology and business leaders from around the world attended the Global Summit, which was held on May 23 – 25. With a general theme of meeting the needs of empowered customers, top companies across multiple industries presented on how IBM’s Smarter Commerce technology has given them a competitive edge.

With more than one billion smartphone and Facebook users worldwide today, the extensive use of technology has created major obstacles for first responders in a disaster. Capturing and prioritizing all incoming email and social media messages and developing a quick and appropriate response, has been challenging for many organizations.  With the IBM Smarter Commerce technology used in the SMC4 platform, Security First Insurance can automatically prioritize and route incoming messages to the right employee based on the keywords used in the message, helping to direct the company’s customer service efforts. SMC4 collects messages that are sent to Security First Insurance’s communication channels such as the company’s Facebook page, Twitter account, and external email accounts.

“The IBM Smarter Commerce – Service award honors companies that anticipate behavior and deliver flawless customer service,” stated Doug Hunt, IBM Enterprise Content Management Business Leader. “Security First Insurance Company recognized the need for a responsive disaster communications solution in the aftermath of a disaster, a time when policyholders need them most. The company’s foresight to co-develop a solution with their business partner, Integritie, that allows customers to dictate the communication process is why we selected Security First Insurance Company as this year’s Smarter Commerce – Service award honoree.”

Previous award winners include L.L. Bean, J.J. Keller and Associates, and Barclays Bank, a major global financial services provider with more than 300 years of banking expertise and operations in more than 50 countries. “We began developing SMC4 nearly two years ago and had no idea of the recognition we’d receive by IBM,” said Burt. “It’s an honor to join the ranks of these well-established and widely known companies.”

In a typical month, Security First Insurance Company receives approximately 700 reported claims from policyholders – less than one percent of the company’s customer base. In 2004, when Florida experienced four hurricanes, several insurance companies received loss reports from 20 percent of their customers. If the storms of 2004 were to make landfall today, Security First Insurance estimates it would receive approximately 36,000 loss reports in a short period of time. Security First Insurance expects many of those policyholders to reach out to the company to report a claim using social media and smartphones, especially when all other lines of communication are down.

Key features of SMC4 include: