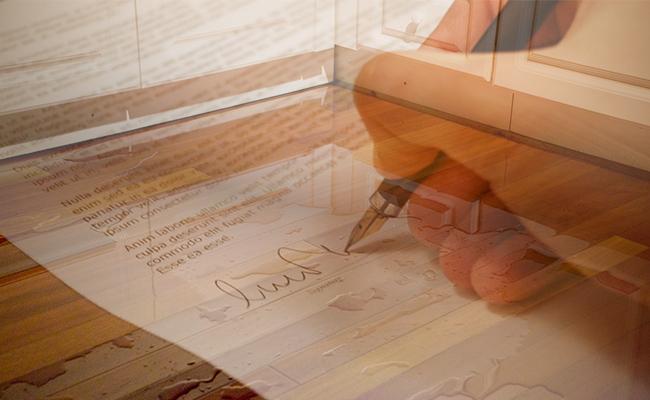 Ormond Beach, Fla. (October 27, 2015) – The First District Court of Appeals denied Security First Insurance’s motion for a rehearing to approve a change to the company’s insurance policy language that would have created greater protection against one of the state’s worst issues of homeowner’s insurance fraud—the misuse of the Assignment of Benefits (AOB) agreement. The ruling stated “it is for the legislative branch to consider this public policy problem, not the courts, at this juncture.”

Florida homeowners are increasingly plagued by a vicious, but technically legal, insurance scam that is costing the state roughly $50 million per year. Assignment of Benefits is an agreement that, when signed by homeowners, transfers (“assigns”) all rights of the homeowner’s insurance policy to a third party, including the claim settlement payment. Most of the abuse reports occur as a result of water or roof damage. Homeowners are in a more panicked state when there is major damage or running water in their home and are more likely to reach out to a contractor to begin repair instead of first contacting their homeowner’s insurance company. This can be a costly mistake.

Contractors who are misusing AOBs arrive on site and require the homeowner to sign the agreement with the promise that they will “take care of everything.” The contractor then over repairs the damage, inflating the cost of the claim. Average additional costs for claims with an AOB range from $3,500 to $7,000. In some cases, the scope of repair is beyond what’s covered in the homeowner’s insurance policy, leaving the homeowner to pay the difference. Often, all of this takes place before the insurance company is notified and has a chance to assess the damage. Security First Insurance’s request to change its policy language would have required the company’s consent in order for the Assignment of Benefits agreement to be enforceable.

“Unfortunately, there is nothing left that we can do to move our request forward in the judicial system,” said Melissa Burt DeVriese, Security First Insurance general counsel and director. “We must continue to tackle this issue by educating Floridians, industry representatives, and state legislature.”

To help the legislature and key industry groups better understand the magnitude of the problem, Security First Insurance urges other Florida homeowner’s insurance companies to participate in the Insurance Consumer Advocate’s AOB data call and any other AOB-related data calls requested by state entities. The company has also developed a comprehensive online and print marketing campaign to better inform the public of the abuse of AOB agreements and the safest steps to take when filing an insurance claim, which starts by making sure homeowners call their insurance company first.