Flooding can happen in a flash 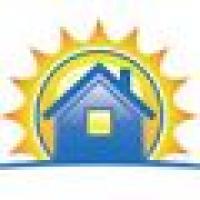 Particularly in Florida, Flood insurance has been an ever-present topic in the news lately – ever since the federal Biggert-Waters Flood Insurance Reform Act, which took effect last October, caused flood insurance rates to increase, state lawmakers have been working to develop legislation intended to encourage private insurance companies to offer alternative flood insurance products in Florida. The flood insurance discussion, while important, usually doesn’t register with many of us until hurricane season or an event occurs that brings it into perspective. Unfortunately, our neighbors to the north – residents of Florida’s Panhandle and the Mobile, Alabama area – recently experienced just such an event.

Pensacola and surrounding areas were inundated with so much water (the Escambia County Sheriff’s Office rain gauge recorded 24 inches in 26 hours) that rose so quickly, some people had to climb into their attics or on the roofs of their homes to escape the flooding. In fact, the area endured rainfall totals that surpassed those from major storms. According to Kevin Roth, lead meteorologist for The Weather Channel, the amount of rain that fell during a single hour – 9-10 pm on Tuesday, April 29, exceeded the amount of rain that fell during the entirety of Hurricane Ivan, which impacted the area in 2004. The I-10 bridge was overrun with water, the Scenic Highway collapsed and other roadways were decimated by the downpour, which was the single rainiest day ever recorded in Pensacola. Sadly, the storm also resulted in loss of life and major property damage.

The numbers in Florida are staggering. Approximately 5 million of the state’s 7 million or so homes have no flood coverage. In addition to the misperception that flood is covered by their homeowner’s policy, some people go without flood insurance because they think the coverage is too expensive ( the average flood policy costs about $650 per year, according to floodsmart.gov). Or, that they’re not exposed to flood because they don’t live near the water (the deluge in Pensacola – which can happen anywhere, anytime – disproves that theory).Hurricane season is coming, and with it comes a heightened threat of flooding. But all it takes is a slow-moving storm that dumps several inches of rain in a short period of time to wreak havoc on homes, cars and the dreams people have worked so hard to achieve. Typically, there’s a 30-day waiting period from date of purchase before your flood policy goes into effect – so it’s best not to wait until there’s a flood warning in your area to obtain coverage. Be prepared in case the unexpected occurs.

To get an estimate on your flood coverage, check out our Online Instant Quote.